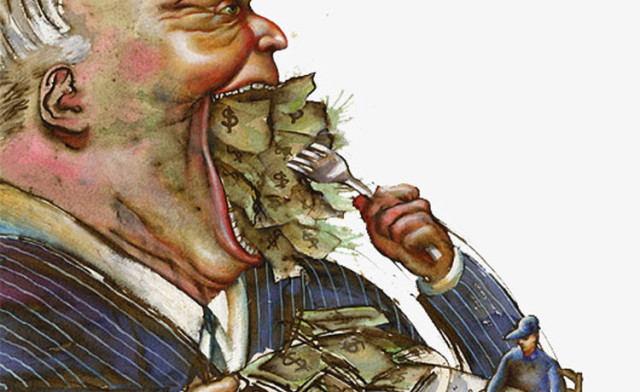 In this part of the series we’ll be talking about being too greedy for instant wealth and fast riches! And that’s something that naturally, we’re all mostly guilty of right? Since everyone wants to place a small bet that returns great winnings!

Seriously, most punters that like to place bets chase that thrilling feeling of winning a bet that was cheap to place but returned a great amount. And that’s a feeling that the bookies play on. That natural innate desire in you to win a big amount on a small bet. And some will even go out of their way to lure you in to placing lots of smaller exotic bets and selections in one.

But you wont ever see a professional betsman making multiple bets like that. In fact, most seasoned gamblers and betting professionals only make singular bets and avoid placing lots of multiple outside bets at all. And for good, sensible reasons of longevity. Because from a longevity perspective, you wont make as much and have less of a chance than one big all in single bet.

This is why you see games with cool names like Lucky 7, Yankee and Goliath and that. Those are touted very heavily since the bookies and casinos make a profit margin on them of course where the favor increases for them the more selections and bets that you make. Say for a 5/1 bet for example, well the bookie and casino would have an edge of around 15% over you theoretically.

And if you was to place two selection and have them both win in a double win for you, the bookies profits would still rise to about 30%. Yes you can double your win and get a bigger in from the same bets of course. But in the long run, ultimately, it’s the bookies that will be chipping away and swallowing your finances at an ever increasing rate over you.

So don’t waste any of your time debating on the best multiple bet. You’ll need to be God to know the outcomes of all of them anyway. Or just seriously, seriously lucky! But generally, when you place bets in single bets this is much better and the best option to go with. And I know there are some pro gamblers that do bet in multiples. Such as in the Scoop or for the Jackpot.

However, that’s because most dead pools of money have plenty of money in them and they will be competing against those other players and betters. And betting on the prospects that many of them don’t fully know and understand the games semantics and dynamics of it for the bets that they’ve placed. It’s just knowing the times when you should bet in singles or multiples.

But those are only done with smaller amounts they can afford to lose. Amounts that they can have a tickle with. All the while, still placing larger bets on races and games that they know and understand the dynamics of and can read between the lines of all the potential scenarios that ultimately determine and dictate the out coming results of any race or game they’re betting on.

But for some people, they don’t understand this and think of it all as a get rich quick scheme. Most of them people go on to realize that they can’t get rich quick from this. And that if they want to make and bank profit, they need to be in it for the long haul. They need to focus on placing sustainable bets that can keep you going and only bets that have been correctly predicted.

The betting life, really is a slow and uphill battle if you want to see profits from wins on a long term scale. It’s not for get rich quick schemers. Although big wins can be made from small bets on times. We all know that generally, those don’t pay off well in the long run and only those bigger bets that are more focused in and correctly placed that do. But not so big it wipes you out if they aren’t.

Thank you for reading and we hope you find this useful to you.

In the next 5 parts of this series, we’ll talk about some things such as a lack of discipline and how you need it if you are to be successful in your win. Also we’ll delve into that thing we call emotion a bit more and see how it can be used against you but also used by you to your success. Not to mention talking about being lazy and how the grass is always greener and more!